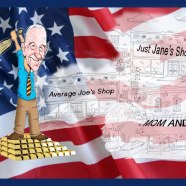 A LITTLE INFLATION HELPS A LOT

Posted by Dante Ruffalo on March 2, 2015 in Current Affairs, News you can use, U.S. News, U.S. Politics | Leave a comment 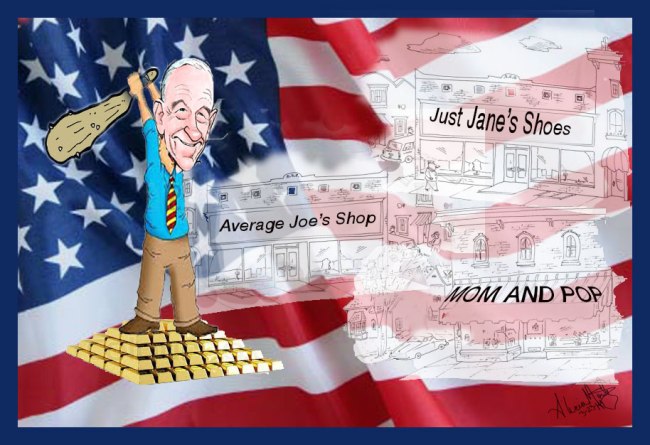 Inflation hawks are critics of the Federal Reserve and include politicians such as Ron Paul (who understands so little about economics he actually believes you shouldn’t use numbers in estimating things like GDP growth, i.e. Austrian School of Economics, which was debunked as nonsense).

Mr. Paul writes alarming newsletters every week warning about soaring inflation.  Meanwhile, economists (people with PhD’s in economics) who work at the Fed are more concerned with deflation than inflation because the current inflation rate rests at 1.6% when they want it to be 2%.

Why are people with PhD’s in economics saying they want the inflation rate to go up while Mr. Paul, a politician with no known course work in economics, perpetually bellows concern about ‘printing money?’

The answer is because people with PhD’s know what they are talking about and medical doctors turned politicians don’t.

Here’s a simple way of understanding what is happening.

Central banks such as the Fed want a low but positive inflation rate.  The reason for this may seem a little seedy but it is how things work in the real world.  When a company cuts salaries there is public opprobrium.  From unions to politicians to the very workers affected, everyone hates wage cuts.

So how does a company secretly cut wages without letting the public know?  Through inflation.

Salaries are fixed, or sticky.  They do not change as much as inflation does, in fact, they always lag behind.  Prices go up (another word for inflation) while the cost of labor stays the same.  This means companies are making more money off the people they employ without having to correspondingly up their wages.  Obviously, this increases corporate profits and makes business owners happy.

Perhaps Mr. Paul should take up  a hobby more suitable to septuagenarian Texan than economic policy.